Who are the biggest writers of car insurance policies in Maryland and where do they rank? And do the largest companies offer the cheapest rates? Biggest is often the best, but not 100% of the time, as you quickly see with our free quote request. Compare multiple companies in minutes and view your personalized price report for all vehicles and carriers.

By popular request, we have listed below the 50 (We expanded our Top-40 list)  insurers that issue the most auto policies in the state (based on premium dollars). There are about 160 companies that write business, although most carriers outside of the Top-50 do not issue a significant number of contracts. We utilize information from J.D. Power, consumer rating agencies, and claim data reports to help determine your best options. We also update information biannually.

Each year, the Maryland Insurance Commissioner must publish a written report detailing the impact that both auto and homeowner’s prices have on consumers in the state. The General Assembly and Governor receive the findings, and typically, the results are made available to the general public. Brokers and reputable websites (like us) utilize this information to help customers find the best offers in their areas. We customize proposals so they can match your personal budget and benefit needs. If you move, change vehicles, add or subtract drivers, or change coverage, we can easily adjust our quotes to maximize savings. Prices can increase (or decrease) if you move to a different county. 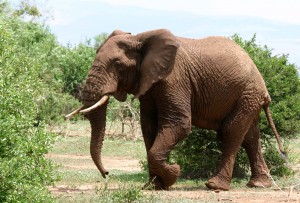 Elephant doesn’t write business in many states. But this British-domiciled company is expanding, and we expect them to offer coverage in twice as many states within 10 years. And yes, they really do own an elephant! And they are also annually recognized for treating employees well.  The parent company (Admiral Group) is one of the biggest insurers in the United Kingdom, so the financial backing is available. Expansion to all parts of the US is unlikely, although additional states will be added.

Amica is one of the oldest and most established companies, although not as well-known as some of the other “name” options. They systematically maintain high ratings for customer-service and financial safety (J.D. Power and A.M. Best) and tend to avoid major price fluctuations. They offer “no-frills” policies in may areas. Typically, you can only purchase coverage online, but their internet quoting system is very functional. 24/7 customer service is available, and consumer satisfaction for claims is generally very positive.

Erie is another “quiet” company that doesn’t have a large advertising budget. But  in many pockets of the state, they have very low rates. Their offices are often smaller 1-2 person operations, but it doesn’t  impact their service. While Northwestern is the “Quiet Company” for life insurance, Erie is the “Quiet Company” in the property and casualty business. They also offer competitive term life insurance coverage for face amounts of $250,000 and less. Often, their term rates are competitive with major carriers such as Protective Life and Banner Life. There are many Erie agents conveniently located throughout the state.

Geico has terrific commercials, although their prices aren’t so terrific in all areas of the state. And in case you were wondering, “G-E-I-C-O” stands for Government Employees Insurance Company. The original owner sought to cover as many government employees as possible, so the name has not changed. Berkshire Hathaway owns Geico, and the world headquarters are located in Chevy Chase. Coverage is offered countrywide and in many areas, the prices are the lowest among major carriers.

Metropolitan, perhaps better known as MetLife, is the nation’s largest life insurance company. Although they no longer utilize agents, their group property and casualty business is quite active, especially through large companies. “Met P&C” offers attractive payroll-deduction options to many corporate clients. Reductions are often as much as 10%, along with getting an easy payment method. Many retired MetLife employees continue to payroll-deduct premiums through their pension checks.

State Farm lives up to their “Good Neighbor” nickname since they seem to be on every corner!  Always verify you are getting their discounts since there are  many. In the past their offices have sold health insurance (not their own product), although an experienced broker is a much better choice for purchasing Exchange plans. Their investment and rental property rates are also very competitively priced. Additional commercial plans are available through local brokers and corporate offices.

Zurich  may not be a familiar name, but you probably recognize the Farmers Group (and their catchy commercials). Zurich is the parent company to Farmers, who happens to be the parent company to 21st Century. The combination of their assets and market-share propels them to the Number 12 spot. Farmers commercials are very popular and easily-recognized. Farmers agents typically work very closely  with the local community.

Ameriprise (no longer in the top 50) offers lifetime renewals (subject to certain conditions). Also, if you are a member of Costco, a small discount applies to your premium. Ameriprise also provides financial planning through their field force of brokers. 401k and IRA rollovers are popular products offered along with many retirement-oriented products for Seniors. Individual stocks can also be purchased and sold from certified financial planners.

Allianz (also no longer in the top 50) insures more than 70 million persons (mostly outside the US) and was founded more than 100 years ago. They own Fireman’s Fund, which is a large property and casualty insurer, and provide investment products for many financial planners. Their tax-deferred annuities have been very popular since the 1990s.

Cincinnati Financial  is, of course, based in Ohio. But they offer respectable rates in many states, including Maryland. Mostly available through independent brokers (and our website), they also offer a wide range of, as you may expect, financial products! CinFin (their industry-recognizable name) was named by Forbes Magazine as one of the 50 most trustworthy financial companies in the US. When bundling their auto and home policies, rates are very competitive.

The Reform Act of 1995 requires that companies must offer pricing that is not unfairly discriminatory or excessive. If a Maryland car insurance rate is high, unless it is considered unfair and unjustified, it will remain in place. Normal competition among carriers will also naturally force down any unnatural pricing. If a rate is artificially-priced too low in an effort to secure market-share, generally, the premium will come back up quickly. The concept of “competitive rating” eliminates the process of requesting prior approval of rate changes.

If an insurer wishes to increase or decrease rates, they are no longer required to wait to receive approval after officially filing a request. This allows companies to react quicker to changes to market, economic or natural conditions that impact claims and expenses. Presumably, when less claims are filed than originally estimated, often we will see a small rate reduction. However, the competitiveness of other companies in that zip code (or county) will have an impact. Also, it’s possible that a period of low claims will be a result of unseasonably-favorable weather, instead of underwriting reasons.

Often,  a “holding company” owns several insurance companies that offer similar but different products. Several of the larger holding companies include State Farm, Geico, Allstate, and Nationwide. The 10 largest companies generally represent 80%-85% of all policies written in the state. These carriers typically feature separate companies for their preferred, high-risk, and commercial business.

This legislation also applies to homeowner’s insurance in the state. About 120 companies write this type of business, although the biggest 10 carriers account for about 80% of market share. When companies are not willing to offer competitive pricing in some areas, it’s important that the reason is justified and backed up by financial loss-ratio data. To maintain a competitive environment, typically, products and carriers must be able to easily enter the market, and the number of writers and their concentration of policies must be monitored.

The Administration monitors homeowner’s prices to ensure “healthy” competition. Obviously, there are going to be differences in premiums from one carrier to another. Almost always, this is entirely justified. The old practice of redlining (more popular in the 1980s and 1990s) is of course, illegal. This occurred when carriers were extremely reluctant to write business in specific areas. Often, it was urban areas with higher crime rates.

Over the next decade, it is unlikely that you will see major changes to the list. Although some of the larger carriers, such as Geico, USAA, Allstate, and Progressive may shift several positions, it’s unlikely that one specific company will leapfrog five spots and gather a significant increase in market share. The exception occurs when corporate takeovers, mergers, or sales quickly move one company above many others.

However, Elephant Insurance (part of Admiral Group) could become a viable force in the state in about 5-10 years. Although their home office is not in the US, they have slowly been expanding and gaining market share. If they do start writing policies in Maryland, we’ll publish an in-depth analysis about their initial rates, and the way they have conducted business in other states. So far, in other areas, their pricing is competitive, but brokers and agents are more comfortable recommending other companies.

Elephant offers some unique discounts for their policyholders. We published an article detailing the best discounts for your car insurance  that will help anyone, regardless of which company provides their coverage. While some discounts are automatic, there are several you should ask for, including “good credit,” “good student,” and “55 and retired.” Headquartered in Richmond, they offer 10-minute online quotes, and  a “repair Assistance Program” that offers a streamlined process.

What About The Companies With The Lowest 2020 Rates? 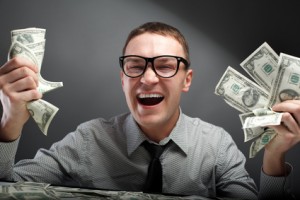 Save Money On Your MD Car Insurance And Be Happy!

Prices, of course will dramatically vary, depending on age, where you live, how many tickets you have, the type of vehicle you drive and several other factors. However, we created a few scenarios (below) that provide a baseline comparison of rates among different companies licensed and approved to write business in the state.

The MD Insurance Administration provided the raw data. Premiums shown are for a six-month period. Seven random companies were chosen among the carriers offering the most competitive offers. In future years, more companies will be participating. Also, additional age and vehicle scenarios will be used. Newer vehicles will also be used in the quoting process.

Sometimes, business is “bought,” by artificially and temporarily lowering rates. When this phenomena occurs, initially, prices decrease, and new policy written business often sharply increases. Of course,  liberal underwriting can also contribute to many policies being written that should have been declined or charged a higher rate. Ultimately, much of the business falls by the wayside, but just enough is kept in-force to make the process somewhat profitable. Retaining the most profitable business is critical to the insurer to maintain competitive rates.

Within the next 12 months, we will also be publishing our customized ratings, based on customer comments and experiences, proposed rate changes, past fluctuations in prices, and anticipated changes in policy and coverage. We will be utilizing written and voicemail responses from 500 random Maryland residents recently contacted. No names, personal, or financial data will be requested or used.

Speaking of lists…A recent study revealed the states with the rudest drivers. Maryland was rated 32nd (above average) well behind nearby New Jersey and Washington DC. Interestingly, MD drivers seem to despite Pennsylvanians the most while DC drivers list Maryland residents their biggest nemesis on the road. By the way, North Dakota and Maine were determined to be the the most well-behaved states.

Not a positive ranking, but you should still know. Baltimore was selected as one of the 10 most dangerous cities when driving in rain or snow. The study, released by Allstate, highlights areas of the country with a combination of bad weather and high incidences of accidents. Certainly, this season’s snowfall is not helping, especially in Eastern cities that are experiencing record snowfalls.