Voice To Text May Be Big Distraction To Drivers

According to a  recent study by AAA, voice to text features, which most automakers offer in their latest vehicles, may be highly distracting and is as dangerous as texting with your hand. The study, conducted at the University of Utah, found that voice to text software is just as distracting as talking on a handheld cell phone. Dozens of states have already banned the use of handheld cell phones to prevent accidents, and additional safety measures have also been enhanced. The three types of distracted driving are cognitive, visual, and manual.

A similar study by the Southwestern Regional Transportation Center showed similar results and conclusions. Spoken texts are convenient, but still present safety concerns. This type of risky behavior is responsible for thousands of highway deaths each year.  48 states currently ban text messaging for drivers. Arizona has no law banning drivers from texting, and Florida has only implemented a limited ban.

The Governors Highway Safety Association (GHSA) provides a listing of these states along with numerous crash collection data. Maryland has passed a preemption law and was not one of the states banning usage of handheld cell phones (while driving). Novice and school-bus operators, however, may see legislation aimed specifically at them. It is expected that within the next 10 years, all states will pass more stringent legislation. Novice drivers, however, are typically subject to stricter regulations and tougher enforcement penalties.

The major concern is driver response times and its impact when suddenly faced with a swerving vehicle or unexpected pedestrian in the street. Concentration levels are lower and reaction times are definitely impacted. The severity of accidents increases with higher numbers of injuries and fatalities. Response times also apply to animals unexpectedly appearing on roads and highways. Higher speed limits result in shorter times to react, and the resulting risk of property damage and human injury is much higher.

The National Highway Traffic Safety Administration (NHTSA) has set guidelines regarding distracted driving which includes both the use of a handheld phone as well as voice to text technology. The study suggested that stricter rules could be in the pipeline for the way for hands-free devices are used, since currently they are not banned in any state. However, we expect legislation to be enacted within the next 12-24 months.

The NHTSA defines distracted driving as an activity that diverts attention from driving activities. Common activities include talking on your phone, reaching for an object, eating, talking to passengers in the vehicle, and viewing controls on the navigation or entertainment system. Texting, of course, is the most serious distraction, and substantially increases the risk of crashing. Utilizing voice software does lower the risk.

Nissan previously released a “hands-free text messaging assistant”  (NissanConnect) that utilizes all voice commands, so supposedly, the driver is not impacted or distracted. However, there is a voice-activation button located on the steering wheel that must be activated. Once that is done, voice commands can be used, and no further button-searching is needed through the single dash-mounted system. The intuitive technology may also be equipped with Door to Door Navigation and Android Auto.

Control buttons are all steering wheel-mounted, which is a major positive feature. For example, by saying “read to text,” you can hear any existing messages. By saying “send text,” you will be able to send messages that are saved in your NissanConnect system. If there is an emergency and your air bags deploy (or you can manually utilize a button), a live person can be contacted to send assistance. If the vehicle is stolen, it can also be located. Depending on the car manufacturer, many vehicle disabling options may be available to use if the vehicle is stolen.

You are able to send only custom-created messages, although you are able to reply without taking your eyes off the highway (where they belong). The display screen is always on, although it should not be looked at. Currently, this device is compatible with an iPhone. At this time, we recommend purchasing this product even though additional research is  not completed. We also expect the cost to gradually decline.

Newer models receive three years of complimentary NissanConnect services (three years) and a 6-month trial of NissanConnect Services Premium Plus. The app is offered through the Apple App Store, Google Play, and NissanConnect EV and Services. “Nissan Intelligent Mobility”  is also free to the consumer before purchasing a vehicle. Dealerships will provide free training and information.

Park The Phone Before You Drive

The “Park The Phone Before You Drive” campaign was launched four years ago. This initiative has helped increase awareness of the dangers of using a cellphone while operating a vehicle. Increased mobile device enforcement (including checking texts at red lights and using cell phones in travel lanes) is helping keeping drivers and their passengers safer. The law enforcement community was heavily involved in this program.

AAA urged auto makers and makers of portable electronics to limit voice controls to driving tasks such as  operating the air conditioning, cruise control and windshield wipers. The NHTSA has proposed distracted driving guidelines which were released a few years ago. They urge automakers to deactivate web browsing as well as manual texting while the vehicle is moving. Currently, many manufactures do not allow the driver to manually change audio settings (bass, treble, volume, and fader) if the vehicle is in motion.

These moves would save lives and money, but passage of specific legislation would not be popular, and changing of existing laws has not been seriously discussed. Also, each year, car and truck manufacturers are adding new gadgets and devices that make online browsing, and other related activities much easier, and not more difficult. Although quite helpful in emergency situations, they are often a tempting distraction that can cause an accident. Less than  a one second lapse in concentration can result in serious consequences.

Driving And Browsing Do Not Mix!

Driving while web browsing is one of the most dangerous combinations that face new drivers and we’re surprised that there is not a safety-system that shuts down the internet while the vehicle is moving. Once again, we expect future legislation to address that. It’s also possible that auto manufacturers will take an independent initiative to solve the problem. The Maryland Department of Transportation has a distracted driving page on their website (found here) that  provides information on future changes in the law. 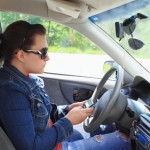 Unfortunately, these guidelines are not in the best interest of automakers who feel that keeping drivers connected will help them win market share and bring in new customers. Once web browsing is eliminated by one big car company, it is likely that most or all of the American companies will follow. And consumers like discounts on  car insurance rates or any change that lowers premiums. Getting rid of browsing could ultimately help insurance prices as well.


The Alliance of Automobile manufacturers, representing 12 automakers is not commenting on the report until their experts have had a chance to review the details of the findings. They did say that the group views hands-free controls as a positive technological development as it keeps a drivers eyes on the road and hands on the wheel. Since most new vehicles contain this feature, the familiarity to drivers has drastically increased.

The Alliance also warned that if the government put too many restrictions on the technology being built into cars, drivers might revert back to using a handheld phone. We don’t necessarily agree with that prediction, since new technology and innovations also take safety into consideration. The cost of these added features has also reduced in recent  years. Many sub-compact vehicles also include similar features in their basic package.

How the Study Worked

The researchers at the University of Utah tested 150 people who were between the ages of 18 and 36. The average age was 24 with an average of seven years driving experience. All participants were outfitted with brain sensors while they drove a modified Subaru. They were asked to perform six different tasks while driving. Those tasks were:

Participants were also required to drive while they took a standard test that is used by psychologists to measure brain function. The test included items such as memorizing numbers and doing math problems. an additional voice-to-text driver distraction study was completed which showed similar results. 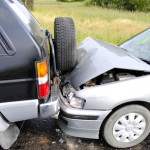 Concentrate On The Road And Avoid Accidents

The headset that drivers wore during the test had a light in the corner of their field of vision. This light would turn red or green randomly which prompted the driver to push a button on the steering wheel. Their reaction times to the light were carefully measured.

When using voice to text software,  the majority of drivers displayed numerous signs of being distracted. The response times for voice to text were just as slow as when participants were using a handheld phone, and drivers were not checking their surroundings as much when working with voice to text technology.

The study also found that drivers were less distracted when doing math problems as part of the psychology test. Of course, we certainly don’t suggest that high school drivers do their math homework while driving!

While one of the authors of the study said that their testing did not show definitively that voice to text was unsafe, they did suggest that these new features come at a risk and that some tasks were proving riskier than others. But the evidence seems to help conclude that driver response times are negatively impacted or impaired when most tasks were studied.

AAA is planning another phase of the study that will look into more specific types of voice-activated features such as Twitter and Facebook. Naturally, driving is a full-time task that should require all of your attention. What’s next? Cooking dinner and paying bills while driving?

Using a handheld cell while driving in Maryland is still a punishable offense.  The fine is $83 for your first offense, but nearly doubles to $160 if you are caught three times. The exception to the law, is of course if you have to contact 911 because of an emergency situation.

Texting while driving had already been banned. School bus drivers had also previously been prohibited from using a cell phone (or electronic devices) while driving. Currently, it is not expected that the laws will be changed or modified. As new devices and software become available, existing legislation will be reviewed, and adjusted if necessary.

April is “Distracted Driver Awareness Month.” The US Department of Transportation is offering free information at the National Highway Traffic Safety Administration. Free online materials and brochures can be found regarding the three main categories, which are visual, physical, and cognitive. One of the main themes that the Department is trying to convey, is that these types of accidents are 100% preventable.